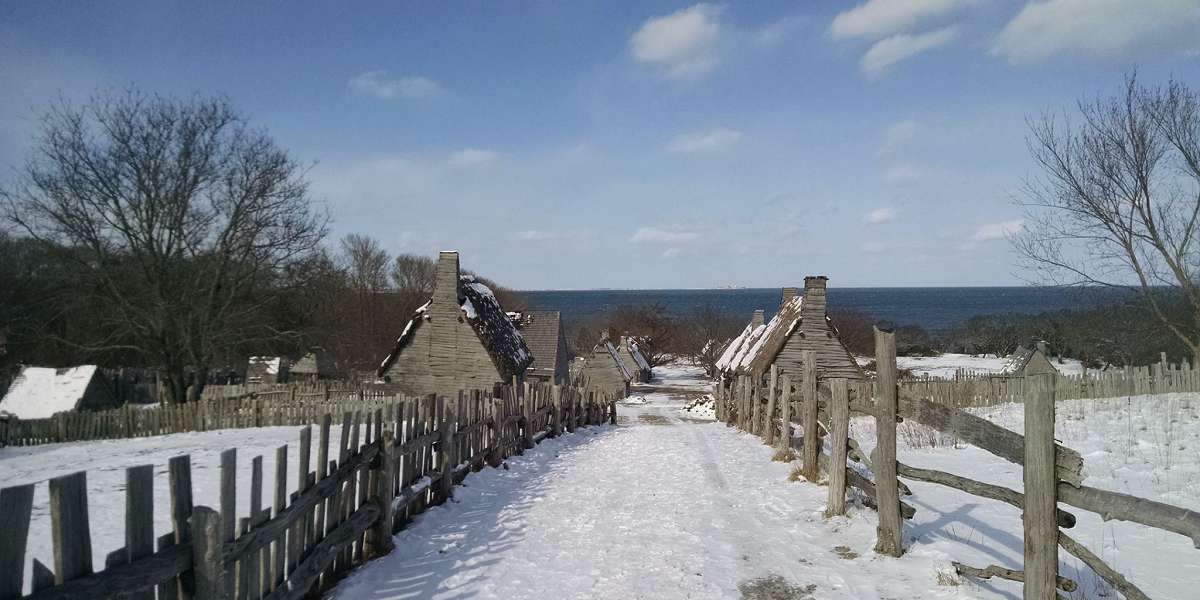 Great Things to Do, South of Boston

The South of Boston region attracts an assortment of visitors for reasons that can be summed up in a few famous names: Plymouth Rock, Pilgrims, the Mayflower … also, whale watching and beaches. Local color includes the annual cranberry harvest, and fun for families includes kiddie railroad rides at Edaville USA and WWII firepower at Battleship Cove. The year 2020 was the 400th anniversary of the landing of English settlers at Plymouth Rock, and festivities are happening all year. The grand old city of New Bedford is the departure point for 19th-century whaling, and you can learn about the institutions and the animals at two fine museums.

The first order of business is probably finding your lodgings, so you can have a sweet place to roost between your explorations. Waterfront lodging is always popular, and one of our favorite places is the Inn at Scituate Harbor, where nearby attractions include famous lighthouses and seaside nature walks, among other pleasures like dining and spas. South of Boston and Plymouth are popular for family vacations; a fine and affordable stay for parents and kids awaits at Baymont Inn & Suites in Kingston, Best Western Plus, Pilgrim Sands, and the John Carver Inn & Spa. Also, Nantasket Beach Resort in the town of Hull -- on a slim finger of land surrounded by water. If it’s romance and luxury you’re after, nothing could be finer than Mirbeau Inn & Spa in Plymouth, where you are bathed in royal treatment. 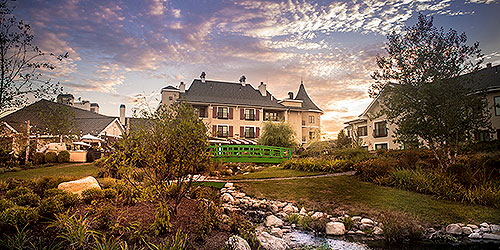 It is hard to overstate how many discoveries you will find at Plimoth Patuxet Museums (fomerly Plimoth Plantation) and Mayflower II, a replica of the original ship, docked at the Plymouth waterfront. Plimoth Patuxet Museums consists of four sites: a 17th century English village, a Wampanoag Native American home site, Plimoth Grist Mill, and the Craft Center, where skilled craftspeople re-create the world of the 17th century. Costumed interpreters guide you through your dive into the 1600s and 1700s. Come aboard the Mayflower II and learn about its voyage in 1620, and the tools of 17th-century navigation. Plimoth Patuxet is open mid-March through November. In May 2020, Mayflower II returned to Plymouth after a three-year restoration, and she is open to visitors at the Plymouth waterfront. 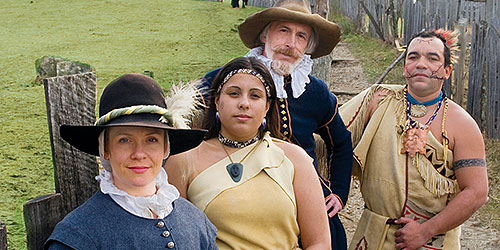 Beaches of this region face Cape Cod Bay to the west and Buzzards Bay to the south. State- and town-managed beaches offer plenty of wave and favorite beachside services, from changing rooms to snack bars. One favorite, Horseneck Beach State Reservation in the town of Westport, is a full-service beach for family play, including swimming, boating, fishing, and camping. The beach is wheelchair accessible. What about the whales? Plymouth is a place to jump aboard a whale-watching cruise is an easy distance from Stellwagen Bank in the Atlantic, a marine sanctuary and one of the primary feeding grounds for humpback whales, dolphins, finback whales, minke whales, and harbor porpoises. Captain John boats depart from Plymouth Harbor and his captains are experts at getting whale-loving visitors safely close to the majestic animals. 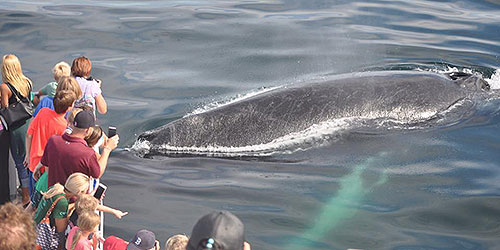 Museums of the region include Plimoth Patuxet Museums, of course, and in Plymouth you can learn astonishing facts about the original travelers on the Mayflower at Pilgrim Hall Museum. You’ll see a remarkable collection of Pilgrim possessions, paintings and artifacts. William Bradford’s Bible is here, as is Myles Standish’s sword and the earliest sampler made in America. Two fascinating museums in New Bedford teach about about whales and the ancient whaling industry. One is New Bedford Whaling National Historical Park – actually a 13-acre, 18th-century neighborhood, with buildings named in Herman Mellville’s “Moby-Dick” – and the New Bedford Whaling Museum, a natural history museum will astonish visitors with its comprehensive collection of whaling and maritime artifacts. Climb aboard the 89-foot bark Lagoda and see the 66-foot skeleton of a rare blue whale. 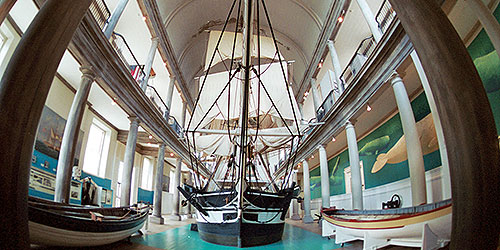 Battleship Cove in Fall River is a year-round living history museum of the United States Navy. You can tour the world's largest collection of US naval ships is here including the USS Massachusetts, the destroyer USS Joseph P. Kennedy, Jr., and PT Boats used in the South Pacific theater. It is a very kid-friendly and kid-welcoming place, with lots of special events at holiday times.
For football fans, Gillette Stadium in Foxboro is home of the beloved New England Patriots football team. The stadium is adjacent to Patriot Place, a large collection of shops, dining and entertainment venues. The Hall at Patriot Place is a fun and dynamic museum for fans of the beloved New England Patriots football team.
In New Bedford, the Zeiterion Theatre is a great, small downtown theater with a very dynamic program of live plays, musicals, and music acts, many of them appropriate for young people. 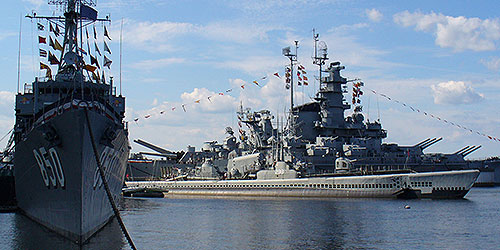 If you love simply walking outdoors, there are plenty of family-grade hikes in the area. Just for a few examples, a beautiful coastal meander is available at Nasketucket Bay State Reservation in Mattapoisett, on Buzzards Bay, just east of New Bedford. The 400-acre property has six easy and well-groomed trails that lead through meadows and woods, as well as along the rocky shores of Nasketucket Bay. The reservation is pet-friendly and has a bridle trail for horses. Bring a fishing rod; these inshore waters hold striped bass and bluefish. Map. VisitNewEngland.com also has abundant listing for state and local parks, fishing locations, dog parks, and more. 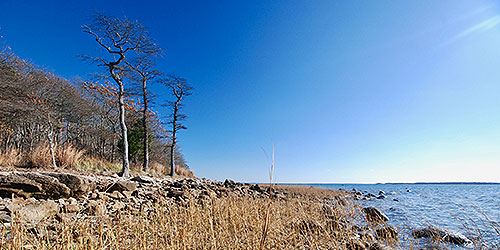 Seasoned travelers know that museum shops in the great museums (discussed above) are a fabulous place to buy mementos and gifts. Hard-core shoppers and bargain hunters who are vacationing in this region also can choose from two excellent shopping centers that offer brand-name stores and – not that we noticed – nice places to ease off your feet for a meal or beverage. They are Colony Place, just minutes from downtown Plymouth, with more than 50 stores and restaurants; and Kingston Collection in Kingston, a short drive just northwest of Plymouth, with many stores, Regal Cinemas, and dining. The commuter rail line between Boston and Cape Cod makes the travel even easier. 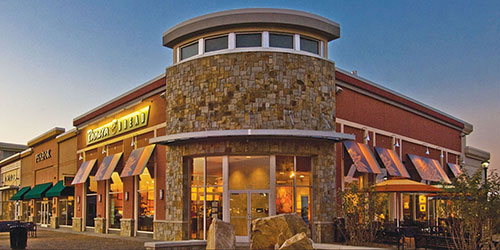 More of South of Boston

Great Things to Do in South of Boston MA.